Your New Smile Is Waiting For you 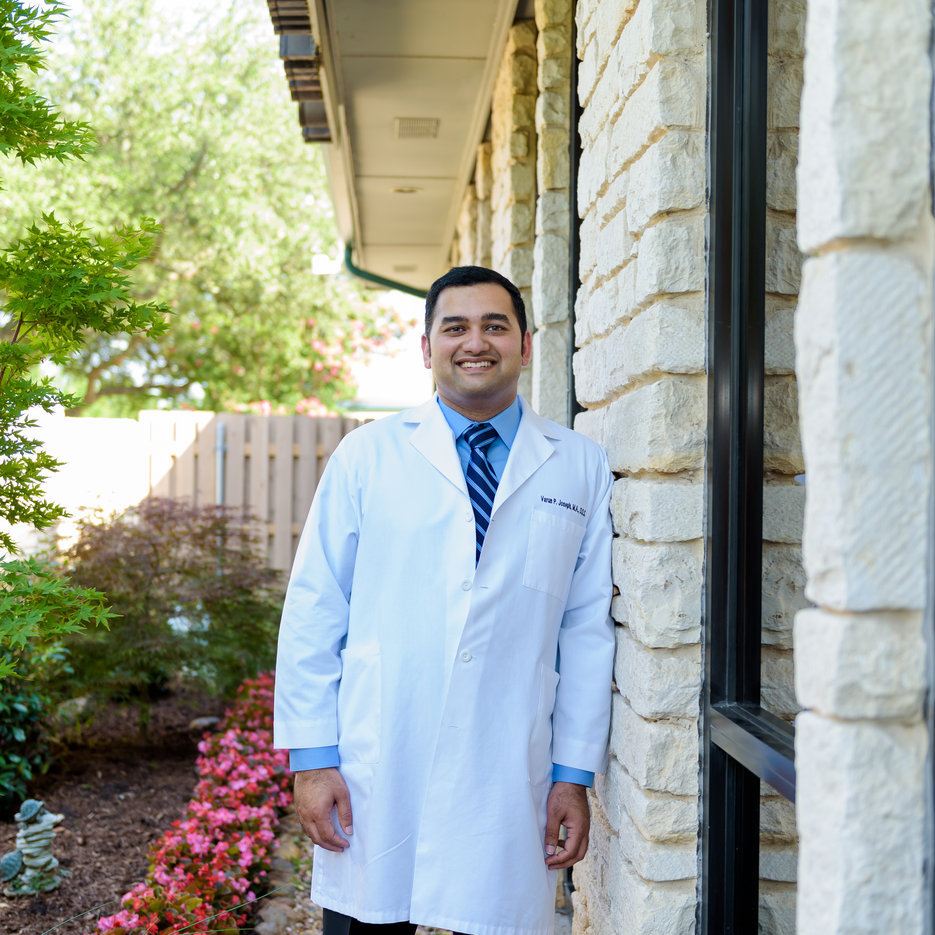 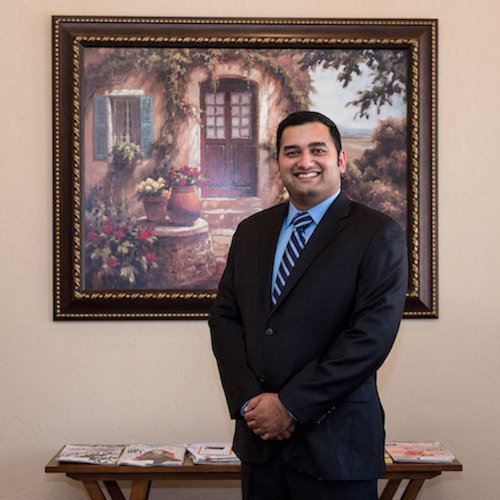 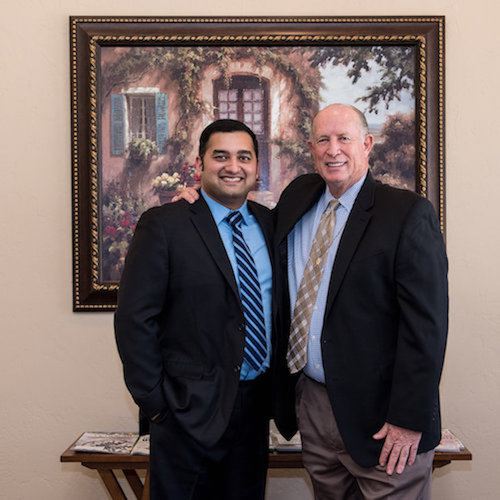 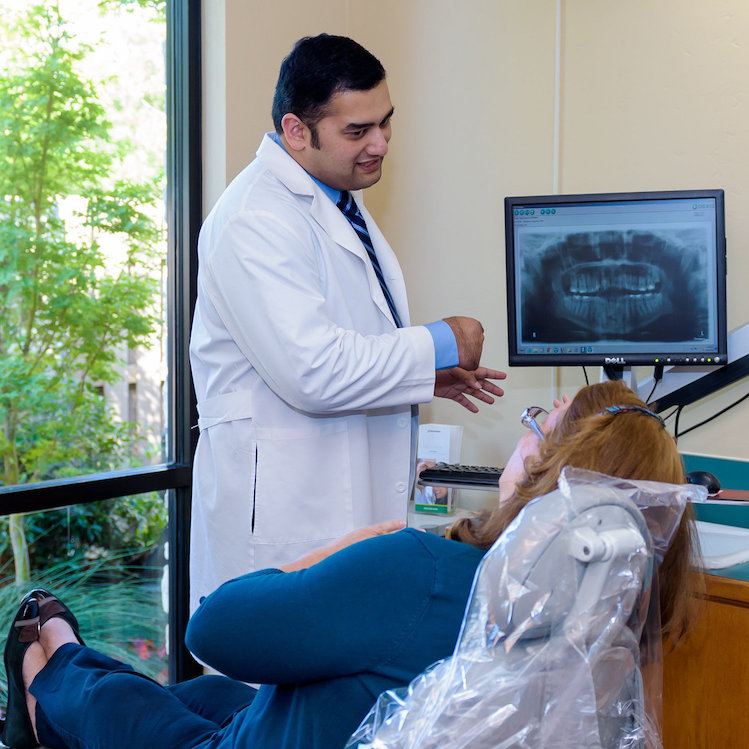 Family, implant and esthetic dentist, Dr. Varun P. Joseph, wants to redefine what patient care is in the dental field. Trained by some of the leading clinicians of our time, Dr. Joseph has an impressive list of credentials but the most important of them all is his ability to sincerely and gently care for patients and earn their trust through the lasting relationships he forms.

His passion for preventative, restorative and cosmetic dentistry using advanced technology is only matched by his warmth and sincerity in caring for patients who walk through this practice that was established in 1981. He is the proud son of parents who worked hard to make sure he strived for success and that dedication and passion for others is what Dr. Joseph will bring to you and your family’s oral health needs.

A graduate of Scott Johnson Middle School in McKinney and McKinney North High school, Dr. Joseph is a hometown boy who wants to make a difference in his community. He earned both a bachelor's degree in biology with minors in chemistry and business administration and a master's degree in biology from Baylor University. He then enrolled in a MBA program at The University of Texas at Arlington and is currently taking night classes to complete that degree.

He earned his Doctor of Dental Surgery(D.D.S) from the world renowned University of Texas Health Science Center at San Antonio School of Dentistry, where he served as senior class president and was trained by some of the world’s leading dentists, including renowned prosthodontist Dr. Nassar Barghi. A firm believe in continuing Education, Dr. Joseph is on the Fellowship track through the Academy of General Dentistry which entails taking over 500 hours of courses in various disciplines and passing a rigorous 5 hour exam(which he already did) to achieve an honor that only 7% of dentist in the U.S has earned. 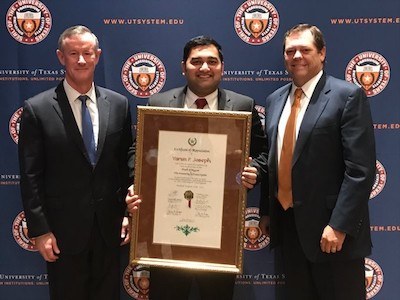 Dr. Varun P. Joseph has always believed that to whom much is given much is required and that passion for serving others has taken him from serving as president of his high school HOSA chapter to serving as a gubernatorial appointee to the prestigious University of Texas System Board of Regents

From serving in student government to executive positions in several organization at Baylor University, to serving as senior class president of his class at the UT Health San Antonio School of Dentistry and as a member of the School's admissions committee, Dr. Joseph has contributed his leadership skills to serve others. He was selected as one of two students to represent UT Health San Antonio at the UT System level in Austin on the UT System Student Advisory Council where he assisted in drafting resolution and policies for all UT System institutions. He served as a member of The University of Texas System Student Advisory Council in 2014-2015 and as Chairman of the Council in 2015-2016. He also served on the Board of Regents' Outstanding Teaching Awards selection committee for two years. Additionally, Dr. Joseph served on the Board of Directors of the San Antonio District Dental Society. 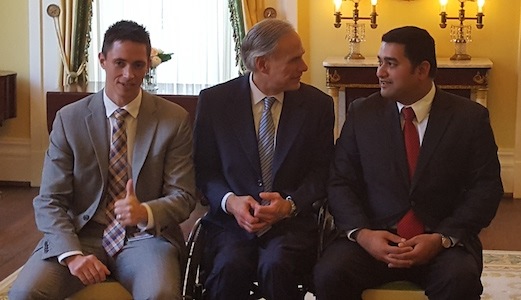 Dr. Joseph was personally appointed by Governor Gregg Abbott to the serve on the prestigious University of Texas System Board of Regents, where he represented over 228,000 students in the entire state of Texas. As one of 10 Regents who governed the University of Texas System, Regent Joseph was the first dental student and the first Indian American to serve as a U. T. System Student Regent. His time as a Regent took him to every corner of Texas, from the Rio Grande Valley to El Paso to Tyler, TX and everywhere in between as he strived to fulfill his fiduciary duty on the UT System Board of Regents.

Furthermore, Dr. Joseph was elected by the Dallas Academy of General Dentistry to serve on its Board of Directors and he was selected by his colleagues to serve on the Board’s executive team as Secretary of the Board.

Dr. Joseph is a member of the:

Dr. Joseph has a heart for volunteering, having volunteered at Habitat for Humanity, the Samaritan Inn, the Ronald McDonald House and helped raise money for Juvenile Diabetes research. He also serves on the McKinney Education Foundation’s grants and scholarship committees to provide resources for teachers and students. This was particularly touching as Dr. Joseph was a recipient of an MEF scholarship which helped him go to college and being able to present the Dr. Maurice M. Weikel Award, which he received, is an honor he will always cherish.

Away From The Office 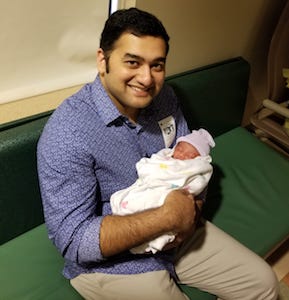 In his spare time he enjoys spending quality time with family and friends, especially with his recently newborn nephew, Jayden. Dr. Joseph is a twin(Dr. J is 5 minutes older) and has an older brother and sister in law who resides in Houston. Dr. Joseph is a member of the Catholic church who believes that to whom much is given much is required. He is a Food Network fan and loves to explore new restaurants. He is still exploring all the food places in the Legacy West area and will gladly take suggestions on new restaurants to try! Let him know when you come to our practice.